What COP26 means for our diocese 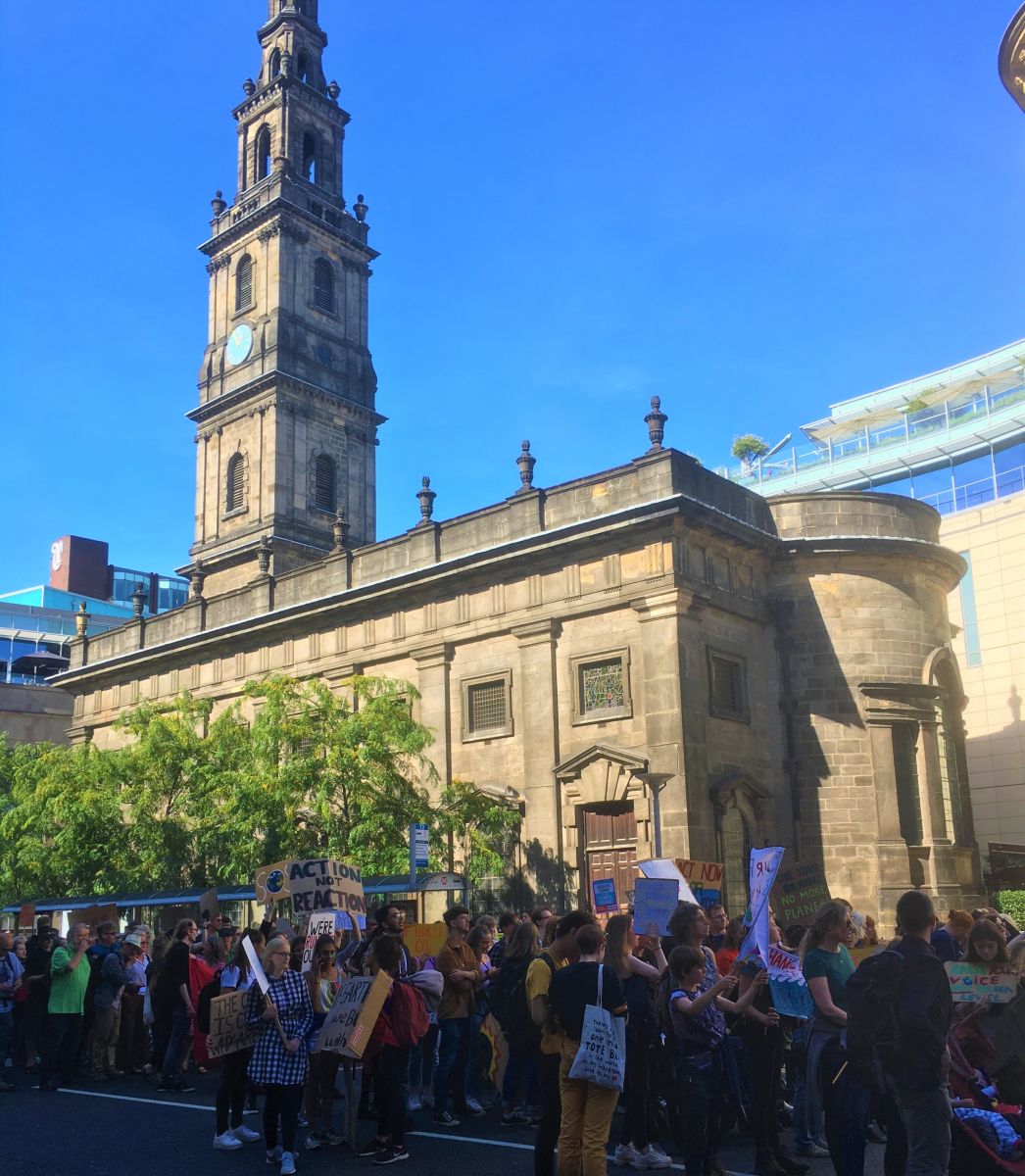 COP26 is over and, after a deep breath, work in the Diocese of Leeds towards the safe future of our environment will continue at pace.

Jemima Parker, Diocesan Environment Officer, has prepared a report on the outcomes of COP26, including what it means for all of us going forward.

Jemima writes: “COP26 met in the face of lots of challenges this year. We face the challenge of rising greenhouse gas emissions, economic and cultural systems that need fundamental change, and nations that are arguing for their own interests instead of the interests of God’s Creation. I thank God for the miracle of getting 197 countries around the table and emerging with a multilateral agreement, even if it isn’t everything we hoped for and what it needs to be.

“I want to call out three big positives that I think came from COP26. The first is that a maximum rise in temperature of 1.5C has been firmly established as the objective, and agreed to by all countries. This is a big step from where we were five years ago in Paris. The pledges at Glasgow bring our predicted rise down from +3.7C to +2.4C, so obviously more needs to be done, but a start has been made.

“The second positive is a shift in the timescales for agreeing action, from every five years to annually. This ratcheting up of pressure on countries to improve their pledges and actions will hopefully speed up the pace of change, including making the global target of a 50% drop in emissions by 2030 a reality.

“The third positive is the real increase in support for nature protection and restoration. $20 billion of public and private money was committed to help God’s creation recover from the damage humanity has done to it, and over 100 countries pledged to reverse deforestation by 2030. It was agreed that uses of our land should regenerate, not degenerate it, a massive change in direction.

“Other positives? The idea of phasing out coal use was introduced formally into the language of an agreement for the first time, even if it was watered down; the USA and China announced a commitment to work closely together on tackling the issues of climate change; and a big private investment in green technologies was announced, meaning the private sector is getting serious about how we face climate change.

“From a Christian perspective, I think the biggest failure of COP26 was the lack of action on climate justice, and how we support our sisters and brothers around the world in dealing with the challenges of climate change that many of them are already facing. We need to do better at supporting those who are being hardest hit, otherwise existing inequality will only grow worse, something we are called by God to tackle.

“So, what does all this mean for the diocese? All of us in churches across the region need to be aware that this is an issue people care passionately about, and there will be more demand to see what we as the church are doing to face the issue. Fortunately, the diocese already has a strategy for facing climate change in our area: our Saving Creation strategy. More on this can be found here, and I commend our resources to you; our Churches Toolkit offers a good path of Six Steps to Net Zero to help your parish tackle climate change. We in Church House will also looking at how our church land can play its part in meeting the environmental issues caused by climate change.

“I think the single biggest thing for us to take away is that we can be acting now, both on an individual level and collectively. We can make small changes to our lifestyles that make a difference. We can work with those in our churches to change our local environment. We can put pressure on our national political figures to push for change. We can work with others across the globe to make sure God’s creation is protected for everyone. We have lots of resources on our website to help with all of these – click here to see them. COP26 may not have been all that we hoped for, but it was a start on work that is going to shape the months, years and decades to come, and we are all going to be part of this care for God’s people and planet.”