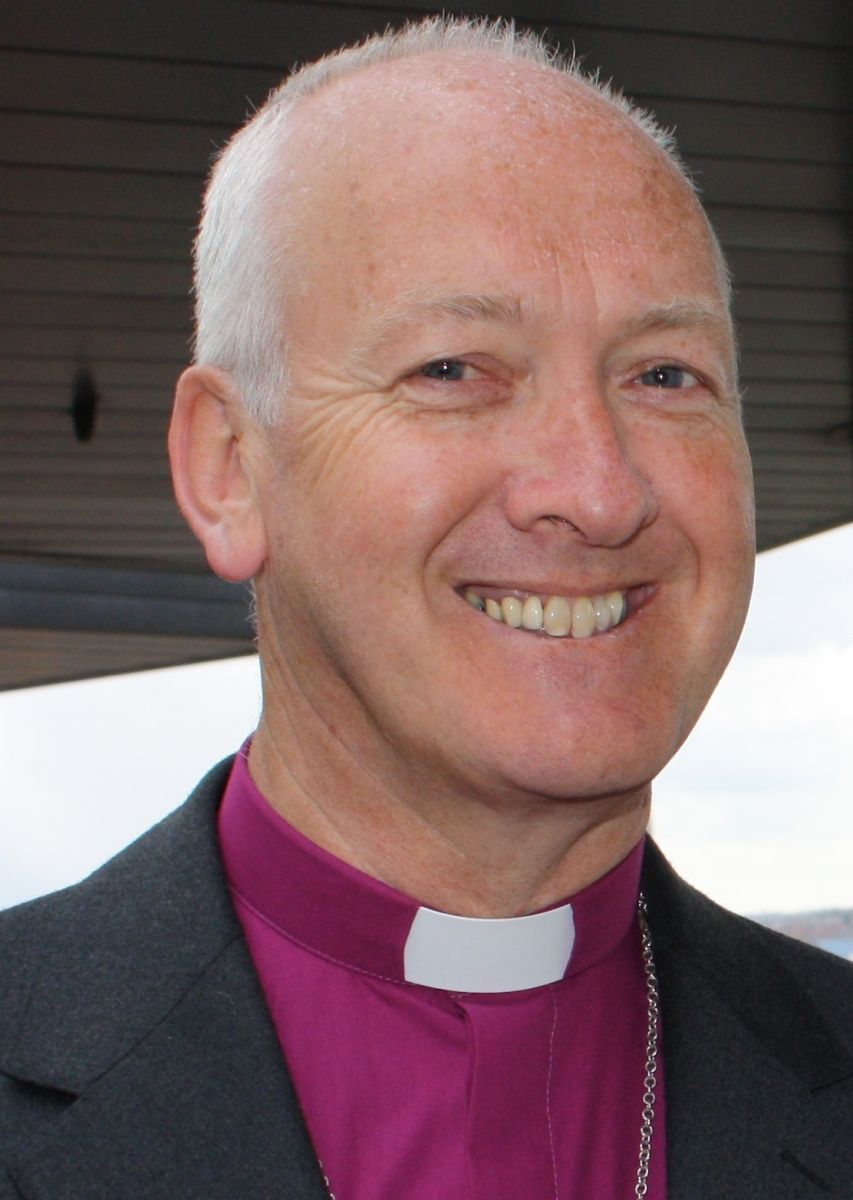 The Rt Revd Nick Baines became the first Bishop of Leeds, an area covering West Yorkshire & the Dales in June 2014.

Nick Baines was previously Bishop of Bradford (2011-14), and before that was Bishop of Croydon (in the Diocese of Southwark). He read German and French at Bradford University and, before ordination, worked for four years as a Russian linguist at GCHQ.

Communications Expert
Bishop Nick has a particular expertise in communication and is known for his engagement with the media. He has 14,000 followers on Twitter and his blog attracts between 500 and 2,000 views on a good day. He is frequently asked to comment nationally on topical issues and is regularly heard on ‘Thought for the Day’ on Radio 4. His writing includes comment pieces for broadsheet newspapers, popular books on Christian faith (he has written six) and contributions to academic journals. For nine years he chaired the Sandford St Martin Trust which promotes excellence in religious broadcasting through the presentation of annual awards.

Nick became a member of the House of Lords in 2014. He has represented the Archbishop of Canterbury at international faith conferences and recently stood down after 11 years as the English Co-chair of the Meissen Commission which develops relationships between the Church of England and the Protestant Church in Germany. He also preaches regularly at conferences in Germany — in German.

He has a keen interest in music, literature, art, film, theatre and football. He’s married to Linda (a health visitor and artist) and they have three adult children: Richard, Melanie and Andrew, and three grandchildren.

BIOGRAPHY
Nick Baines was born in 1957 in Liverpool where he attended Holt Comprehensive School. He gained a BA in German & French from Bradford University in1980, and, prior to his ordination, was a specialist in modern languages, working briefly in Germany and France and then for four years at GCHQ as a Russian Linguist.

He trained for the ministry at Trinity College, Bristol and after ordination in 1988 gained wide parish experience, including city centre, market town, rural village and commuter village. He served his curacies in the Diocese of Carlisle and then the Diocese of Leicester where he remained as Vicar of Rothley for eight years as well as being Rural Dean of Goscote. He became Archdeacon of Lambeth in 2000, Bishop of Croydon (in the Diocese of Southwark) in 2003 and Bishop of Bradford in April 2011.

From 1995 he served for nearly 10 years on the General Synod - on the Board of Mission, Partnership for World Mission and to the Crown Appointments Commission Review Group.

Books:  Speedbumps & Potholes (2004), Marking Time: Reflections on Mark's Gospel for Lent Holy Week and Easter (2005), Hungry for Hope? (2007), Scandal of Grace: The danger of following Jesus' (2008), Finding Faith: Stories of music and life (2008), Why wish you a Merry Christmas? (2009). (Speedbumps & Potholes and Finding Faith have been translated into German.)  Of 'Finding Faith', his autobiographical book, the former Archbishop of Canterbury, Dr Rowan Williams, said, “Here is a book that manages to be lively and profound at the same time . . . one of those books that makes you remember why it's worthwhile being a Christian”.

New Media:
“New media offer access to people (like me – a bishop) who might otherwise seem to belong to a remote and mysterious world.  They also enable us to engage outside our self-selected safe communities, be present in a space where a different sort of conversation can be had and allow connectivity between people, groups and ideas that in a previous generation might not have been possible, even if desirable."

What the Church is for:
“The Church exists to create the space in which people can find that they’ve been found by God”.

How the Church communicates its message:
"I’m passionate about Christian engagement in the big wide world – not on our own terms, but on the basis that we get stuck in wherever we can; committed to the world in all its pain and glory.

Why religious communities shouldn’t be afraid of questioning or challenge:
“This is not a sign of weakness, but of confidence and strength.  A ‘confident humility’ demands a willingness to admit we don’t have all of the answers, and an attentiveness to what people are hearing as much as to what we are saying.”

Why religion must be taken seriously in the public square:
“Religion simply will not go away. Regardless of one’s personal world view and philosophical or religious convictions, religion as a phenomenon can’t be ignored. In a world of fast news and instant communication, the need for understanding and interpretation of religion as a phenomenon, a motivator of individual and corporate behaviour, and a factor in both national and global political and economic events, is greater than ever before.”